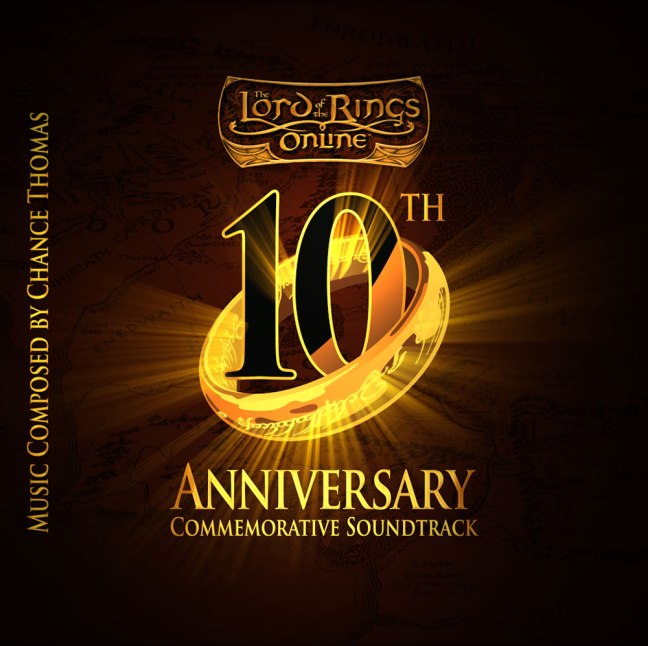 It is pretty safe to say that The Lord Of The Rings Trilogy will go down in film history. For years, it had been said that it was impossible to shoot the films. However, director Peter Jackson somehow made the impossible possible and he most definitely had set a new standard for the fantasy genre.

The films became huge hits and in addition to the box office success, the story of Middle-earth had also found its ways to the video game world. It is not only the film world that is associated with iconic and big music. A video game certainly needs a proper score as well. Given the popularity and the magnitude of The Lord Of The Rings, composer Chance Thomas faced a huge challenge and a story this big certainly presents a huge opportunity for a composer to pull out all the stops.

Recently, Chance Thomas’ score for The Lord Of The Rings Online has been released digitally as a 10th anniversary edition. The fantasy world, created by J.R.R Tolkien, certainly is bleak and very dark. Needless to say, both the video game and the score needed to reflect that as well.

The music written by Chance Thomas has a lot to offer. Not only do you get to hear multiple themes throughout, but the level of quality and musical detail is rather high. A lovely tune is introduced in the very first piece „The House of Tom Bombadil“. Chance Thomas‘ use of the flute and acoustic guitar creates a very beautiful musical moment. The mood changes quickly, though. „Moria“ is exactly the opposite as far as the atmosphere is concerned. The dark male choir, combined with the string and brass instruments create a big tension. I think that throughout the score you will recognize that the writing is very detailed and often really impressive. Video game music should by no means be underestimated. After all, the creators spend years and lots of money to produce their game. Hence you might also consider investing time and money in the scoring process. The final product makes you feel that they did just that.

„Drums in the Deep“ is a well–written action cue with a big choir part and massive instrumentation. The choir is actually an important element of this score. In „Ages of the Golden Wood“, composer Chance Thomas again skillfully combined choir with orchestral elements. On top of that, the themes he wrote are beautifully performedby the orchestra.

It seems there a highlights a plenty. „Horse Lords of Norcrofts”, again showcases the composer’s ability to create a soundscape which is both intense and impressive. „Khazad-Dum” sees one of the biggest and most interesting choir statements of the entire album. The intensity level certainly rises here. „Tears of Nimrodel“ is one of my favorite cues. It was primarily written for strings and harp and it is simply a beauty.

The entire listening experience was really pleasant. The themes, the orchestration and the use of choir are altogether really formidable. As a matter of fact, much of the music presented on this 73-minute-album is superior to quite a few of today’s film scores. Since we are talking about music for an entire video game, is seems like an impossible task to include all highlights. Nevertheless, the 26 cues that have been selected for this album, do provide excellent material that certainly made me wish more music had been released.