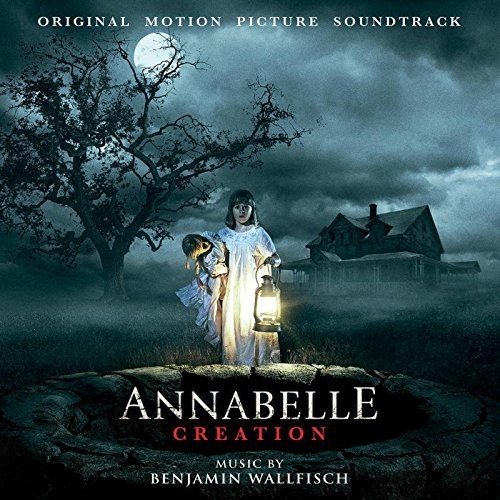 The horror genre certainly is one of the most difficult ones to score. As a matter of fact, I believe that those films offer very little for a composer when it comes to really show their talent. Of course there have also been really great examples of superb and innovative scores in the past. Sinister stands as one of the better films of this genre that have been produced over the past few years. Christopher Young’s score included some really impressive and effective pieces.

A composer like Mr. Young has written music for this genre for decades and he certainly knows what he is doing. The reason why a score, or in this case, a horror score is really difficult to rate is due to the fact that most of them include a large deal of musical dissonance. I often feel that those scores are somewhat interchangeable. Most of the time, the music underscores moments of suspense and disturbing images, or they simply lead up to a big scare moment. This is quite logical, since those films are meant to shock an audience and the music needs to reflect that. Naturally those scores do not entirely rely on creepy effects or wild string playing. Actually many of them do have some sort of theme or motif or even a choir that underscores the tragic events or the relationship of the people involved. This genre still has some quality movies. The aforementioned Sinister is a favorite of mine and The Conjuring also offers suspense and “entertainment”. Nevertheless, it only seems to be a matter of time until the audience will get tired of those films.

Yet, it is not only the horror genre which is difficult to score. Basically every movie, no matter which genre, presents several difficulties. This is not necessarily due to the film itself. It is the collaborative process which makes it difficult. As I had already pointed out in previous reviews, there are so many people involved when it comes to shooting and producing a film that a difference of opinion seems natural.

The music that ends up in the film, is not necessarily what the composer had in mind. Ideas do get rejected all the time and many cues need to be adjusted. A composer is often asked to “copy” a score which had previously been written by somebody else. If a certain approach has worked multiple times, then why not go down the same road again? It has worked before and why shouldn’t it work this time? Studio executives and producers apparently want to minimize the risk factor. Can you blame them? In terms of business this might be a smart decision. Creatively speaking it strikes me as wrong. Ideas are used over and over again. This affects both film and score.

In terms of the music for Annabelle Creation, composer Benjamin Wallfisch was not given an easy task. How does one create a musical score for a film of this kind and still sound fresh or innovative? I think he is a very talented composer who has written beautiful melodies and very effective scores such as A Cure For Wellness – a score which stands as one of his best efforts to date.

His music for Annabelle Creation feels well-balanced. There are cues which underscore the terror and horror and also those that offer more subtle musical moments. The score starts quietly with a nice four-minute piece called “Creation”. The cue starts with a nice piano and string arrangement. The tension rises slowly and Wallfisch added some very scary effects. Unfortunately, many of the cues are rather short. The album contains 24 tracks with a total running time of 48 minutes. Cues like “The Mullins Family” offer some nice musical moments as well. Sadly those cues are just too short, clocking in at just under two minutes or even just one minute. “A New Home” is another fine example of a very effective cue in which Wallfisch utilizes the cello to underscore some “family moments”. If only there were more pieces of this kind. The score was written primarily for an orchestra. Benjamin Wallfisch skillfully uses the instruments to create tension and he quite cleverly underscores the horror part of the film. He also uses the brass and string instruments in an interesting way. Of course there is also the obligatory dissonance featured in “Shadows and Sheets” and many other tracks. Up to this point, the score never really felt too intrusive or scary. However, this will change drastically later on and the music becomes rather unpleasant to my ears.

No matter how effective the music may seem, in some ways this album feels like a standard horror score. I sometimes feel that just about everything has been done in this genre. At the end of the day, you simply cannot “blame” the composer for going down this road. As mentioned before, composers are often asked to simply copy a certain style or write something which is very close to a score which had been written in the past. It is a complicated process. This score does offer some good cues though. On the other hand, there are also quite a few cues that are extremely difficult to listen to. If you enjoy creepy music and dissonance, then you are likely to be attracted to this album as well. For those of you that are more attracted to melodic efforts, you might want to listen to some samples before you grab the album. If this is not the right album for you, then I suggest you listen to other scores written by Mr. Wallfisch. No matter how hard it may be to listen to some of the cues, I think Benjamin Wallfisch did a fine job. He clearly has a lot of talent and he knows how to write and I am pretty sure he will continue to impress us with his talent in the future.